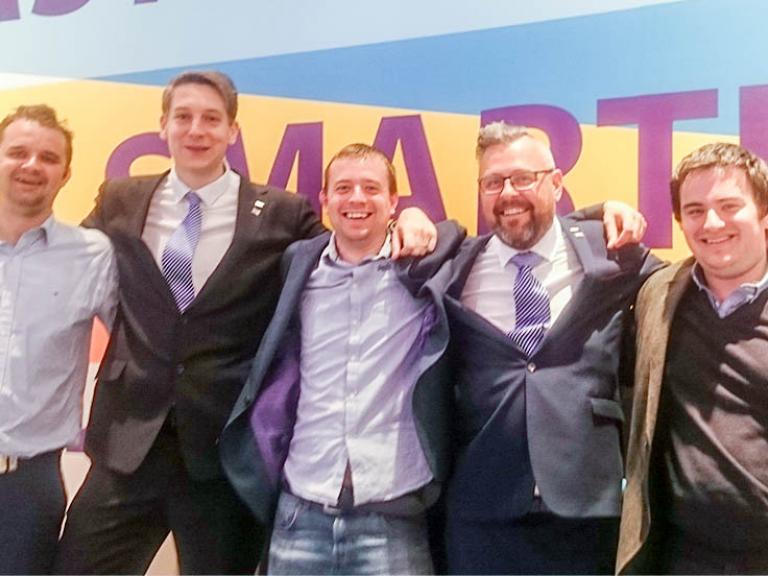 Less than two hours later they were drinking champagne with Duplo UK MD Peter Jolly and salesman Jason Davies, who’d just made one of the best calls of his life.

In what turned out to be a total random, off-the-cuff sale – nothing planned beforehand – Vale Press is now going to be the proud owner of a Duplo iSaddle System. Now the print finishing system, which has an industry-first capability of short-run A4 landscape work, will be installed in Vale Press’s premises in Willersey, Gloucestershire, in around six weeks’ time.

“I still can’t believe we did that,” mused Tom Stowe, managing director of the company that specialises in trade print work and has been a Duplo customer for 10 years. “We’d already committed to a new Heidelberg press so our total investment at drupa is now virtually a million pounds.

“Yes, our print finishing systems probably need a refresh even though they have been incredibly reliable. But if Jason hadn’t made that call, we’d definitely have walked on past and not done the deal.

“We were persuaded to buy the Duplo iSaddle System because it has full automation, easy workflow systems and is the only system on the market that has short-run A4 landscape capability, which is increasingly being demanded by customers.”

Peter Jolly said: “Neither could we believe the deal happened there and then, but the Duplo iSaddle System turned out to be exactly what they needed. They have been loyal customers and know we will exceed, not just meet their expectations." 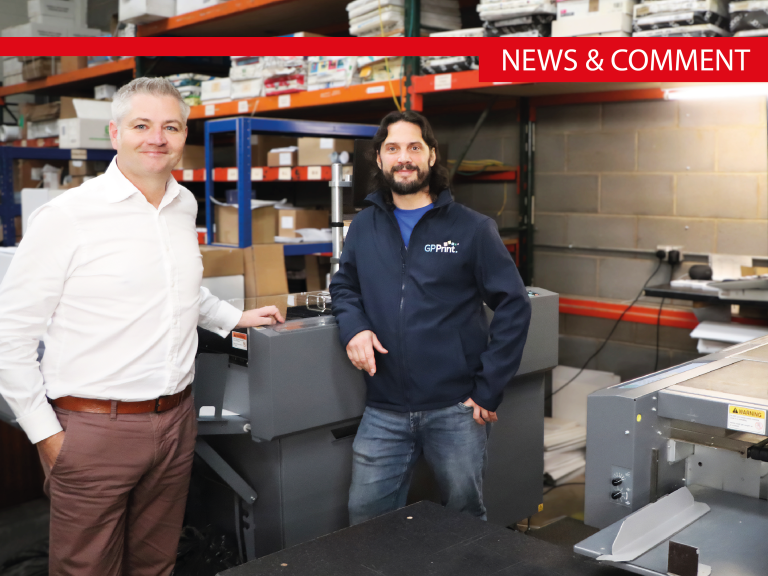